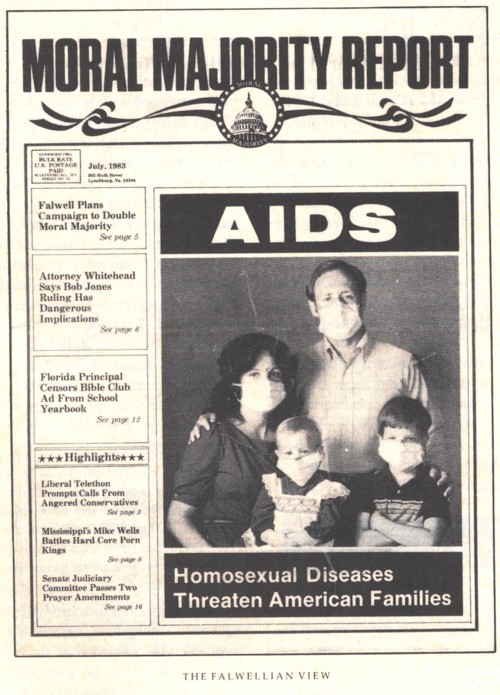 Оne of the units of the European External Action Service (EEAS) has prepared a report, which reads that since January 22 there were more than 150 cases of disinformation regarding COVID-19 revealed in the EU. EEAS experts associate the spread of fakes with the work of Russian bots, which purposefully publish fake news in many European languages. The purpose of such reports is to deepen the health crisis in Western countries and to undermine confidence in national health systems, complicating the fight against the virus.

Among examples of the spread of disinformation, which were analysed by experts of the Center, there is a comment published by a number of Russian mass media, allegedly by a military expert and a former member of the UN Commission on Biological Weapons, that the coronavirus affects Asian people on ethnic principles and it is a new generation of biological weapons of the United States. Confirmation of the development of such weapons is allegedly mentioned in an unidentified CIA report. This explains a large number of cases of coronavirus infection confirmed in China.

An example of the dissemination of fake news about the situation with COVID-19 in Europe is an interview with a retired officer (not acting, but dressed in military uniform to increase confidence), titled “GRU Colonel: what is hidden behind the pandemic?” In a video uploaded to YouTube, he claims that the coronavirus situation is a U.S. special operation: China and Europe are two geo-economic opponents of the U.S., which it seeks to eliminate, that is why the virus has spread in these territories. It should be noted that this video on YouTube has almost 8 million views.

According to Vadym Chernysh, such Russian disinformation campaigns are similar to Soviet campaigns. The same methods and theses were actively used by the CSS USSR (KGB) in the early ’80s during the spread of AIDS. After almost 40 years, the situation with the spread of disinformation about the coronavirus COVID-19 has changed mostly only technical capabilities.

Moreover, in the mid-1980s, the CSS USSR (KGB) , as part of the disinformation campaign on AIDS with the assistance of the USSR Press Agency “Novosti” (since September 1991 known as “RIA Novosti”, MIA “Russia today” was created on its basis in 2013, part of it is well known “Russia Today”) and the intelligence services of the Soviet bloc tried to spread the thesis that HIV-AIDS was developed through genetic engineering.

In July 2019, researchers at the Wilson Center (USA) published three classified documents – telegrams from the KGB to the Bulgarian Foreign Intelligence Service. The declassified information from the archives of the Bulgarian Security Service during the communist period reveal the information campaign organized by the KGB during the spread of AIDS.

At that time, as part of this campaign, the CSS USSR (KGB) actively disseminated the thesis that the immunodeficiency virus was developed through genetic engineering at the request of the Pentagon within the framework of biological weapons testing.

Soviet propaganda even called the exact location of the virus – the U.S. Army Medical Research Institute of Infectious Diseases (USAMRIID) in Maryland.

In one of the declassified documents, Russian special services ask their Bulgarian counterparts to assist in the creation of “a favorable opinion that this disease is the result of secret experiments of the U.S. and the Pentagon with a new type of biological weapon that has got out of control”.

To form such views, representatives of KGB suggested using opportunities in a party, parliamentary, socio-political, and journalistic circles of Western countries. They even gave clear theses in the document on what and how to communicate. Among the most remarkable are the following:

A matter of fact, in order to make the necessary theses look more convincing, there were even specially performed scientific researches of East German scientists. The authors of such studies claimed that AIDS emerged in the United States, not in Africa.

Nowadays we also find interesting information on how the relevant unit of the CSS USSR (KGB) assessed the progress of the campaign: 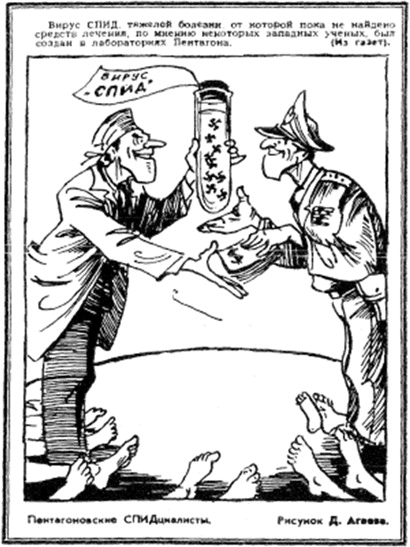 “The range of activities has been carried out since 1985 together with German and, partly, Czech colleagues. Initially, the task was to promote the mass media version of the artificial origin of the AIDS virus and the involvement of the Pentagon as the military-biological laboratory in Fort Detrick. As a result of joint efforts, it was possible to disseminate this version quite widely. Independently of us, it was picked up by a number of major bourgeois newspapers […], which have given it additional credibility and authority. […] We are currently working to make the event more practical, and in particular to obtain concrete political results from using the “laboratory version” in activities on other issues. Thus, efforts are being made to intensify anti-american sentiment in countries where U.S. military contingents are deployed, using slogans that U.S. soldiers are the most dangerous carriers of the virus.”