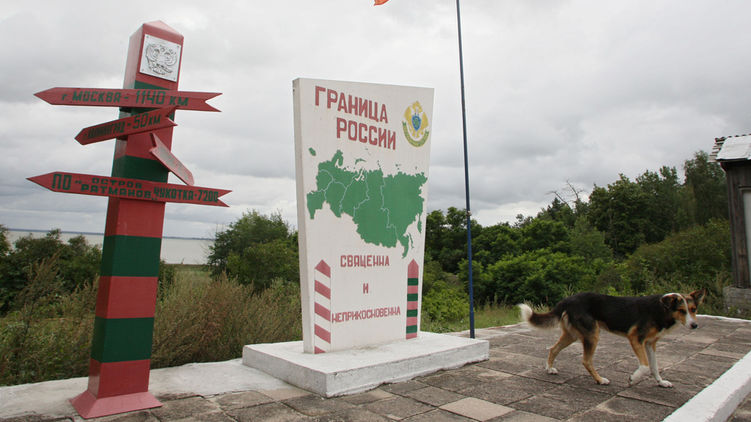 Decree on Border Territories. Why did the changes need to be made?

Back on January 9, 2011, the President of the Russian Federation of that time Dmytro Miedviediev issued a Decree No. 26 which approved the list of border territories where foreign nationals and foreign legal entities, as well as stateless persons, are prohibited to own land plots [1].

Considering the peculiarities and duration of bureaucratic procedures for the preparation of regulatory legal acts in the Russian Federation and analysing the terms of adoption of other Presidential decrees, both urgent and “ordinary”, there are grounds to believe that the Decree began to be prepared approximately in January-February of this year. The analysis of open sources from the territories specified in the Decree of the President of the Russian Federation No. 201dated from March 20, 2020 has shown that the edition of this Decree can be connected with the statement of several politicians of the Lithuanian Republic in January of this year regarding the territory of the Kaliningrad Oblast which now is a part of the Russian Federation.

The dispute about Kaliningrad

Thus, on January 13, 2020, Vytautas Landsbergis, the “father” of the modern independent Lithuania, its first actual leader and former chairman of its parliament, declared that Kaliningrad Oblast is an annexed territory by the Russian Federation [3].

Moreover, on March 19, 2020, one of the leading Polish newspapers “Gazeta Wyborcza” published an article [4] stating that the Russian border with Poland and Lithuania in Kaliningrad Oblast will be closed. In comments to this article, the readers began to discuss the issue of transferring the territory of Kaliningrad Oblast to Poland.

Both events caused a number of publications with negative reactions [5] of Russian politicians, experts, public figures on the nationalist spectrum in Russian state-owned mass media and social networks. Among the main reports is the mention of the military potential of the Russian Federation and the issues of legitimacy of the territories belonging of Lithuania and Poland [6], and regarding Lithuania its existence as a state in general.

The issue of belonging for the territory of Kaliningrad Oblast has been previously the subject of discussions among politicians, experts and public figures both in Western Europe and the USA. For example, in October 2019, the report of the Jamestown Foundation “How to Defend the Baltic States” [7] was published, which hypothetically examines the possibility of a military confrontation between NATO and the Russian Federation. The report mentions the training of Polish and US military units of Kaliningrad Oblast during the hypothetical armed conflict between NATO and the Russian Federation. This, as expected, caused “dense” counteraction from the Russian Federation.

As can be seen, the issue of belonging of Kaliningrad Oblast is extremely sensitive for the Russian Federation. It considers all threatening scenarios, one of which is the spread of sentiment among the residents of Kaliningrad Oblast of the idea of integration into one or more NATO and EU countries. Therefore, being aware of the risks of acquisition of land plots by foreign nationals and legal entities, the territories of Kaliningrad Oblast have been included in the aforementioned Presidential Decrees.

Oil field and the border with Kazakhstan

As for the Astrakhan Oblast, where the Kazakhstan–Russia border runs, there are several disputed areas.

For example, back in 2000, some Kazakh sources reported that the Russian Federation and Kazakhstan had different approaches to the delineation of the territory. The border there runs along the fairway of the Kihach River. On land, however, the delineation allowed the establishment of reference points for the establishment of borders in the Caspian Sea, where the disputed territory is a scattering of islands. The Kazakh side was primarily interested in Ukatny Island [8].

What does the Russian Federation need: demography and breaking of legal relationship between residents of the Autonomous Republic of Crimea and Ukraine

Obviously, the lawfulness of ownership of land plots by such persons may at any time be appealed against the federal government authorities of the Russian Federation. Therefore, such persons are actually forced to break their legal relationships with the state of Ukraine, as their property is under threat, often crucial for the survival of the whole family; for example, a private house on the land plot, a land plot for subsidiary farming or agricultural production. This will particularly affect Crimean Tatars, a large part of whom seek to maintain relationships with Ukraine.

Also, a large number of landowners on the Crimean Peninsula live or are located in the Government-controlled territory of Ukraine. They are likely to be forced to sell the land plots at an unfair price, as there is a risk of losing their property without compensation. In case the Russian Federation offers at least some compensation, it is very doubtful that it will be fair.

There is a high probability that the issue of retaining ownership of the land, selling it or receiving compensation for it will be means of influencing the citizens of Ukraine by the Russian intelligence and security agencies to encourage them to cooperate with such agencies or to force them to recognize the legitimacy of the annexation and belonging of the Autonomous Republic of Crimea and Sevastopol.

Recognition of the legitimacy of the annexation and belonging of the Autonomous Republic of Crimea and the Sevastopol may be required as a prerequisite for selling or receiving compensation for land plots and may be issued, directly or indirectly, when filling out and signing of the relevant documents.

Deprivation of ownership of land plots of citizens of Ukraine may be accompanied by measures to encourage citizens of the Russian Federation from outside the Autonomous Republic of Crimea and Sevastopol to come into ownership of such land, which will undoubtedly affect the demographic composition of the population of the Crimean Peninsula.

Historical parallels: the acquisition of land plots and creation of the State of Israel

Thus, in 1882 the Ottoman Empire adopted a law prohibiting the settlement of East European Jews in the country. The establishment of permanent settlements, acquisition of land, construction of new buildings and other activities were carried out through bribes or legal tricks [9].

In the context of the issue of acquisition of land plots on disputed territories for security and political purposes, the experience of the Jewish National Fund (hereinafter referred to as “Fund”) is interesting. It was founded in late 1901, and already in 1902 it acquired the first land plot. At the end of the 1920s Fund acquired significant sections of the coastal strip, thus creating a continuous chain of Jewish settlements. In 1947, the total land area of the Jewish National Fund was more than half of all Jewish territories in Palestine. The State of Israel was established in 1948.

The actions of the Russian Federation are aimed at strengthening control over the annexed and disputed territories in the short or medium term (“handover of power”, fight against the coronavirus, economic crisis, and the like).

At the same time, the Russian Federation continues to implement a long-term strategy aimed at full and multilevel integration of the annexed and disputed territories, trying to reduce vulnerability to possible threats in the security, political and legal spheres, as well as in international relations due to the actions of the neighbouring states and their allies. 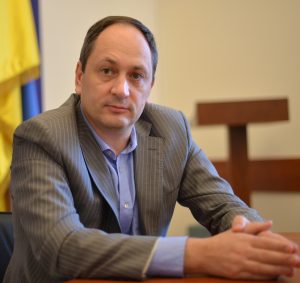 Vadym Chernysh, PhD in Law, the Head of the Governing Council of the Center for Security Studies “CENSS”

[8].Information: Ukatny is a densely covered  island of 1200 square kilometres, which is directly connected with the promising oil field of Kurmangazy through the Ukatny embayment. According to the estimates, the reserves of this field may vary from 550 to 1800 million tons of oil.