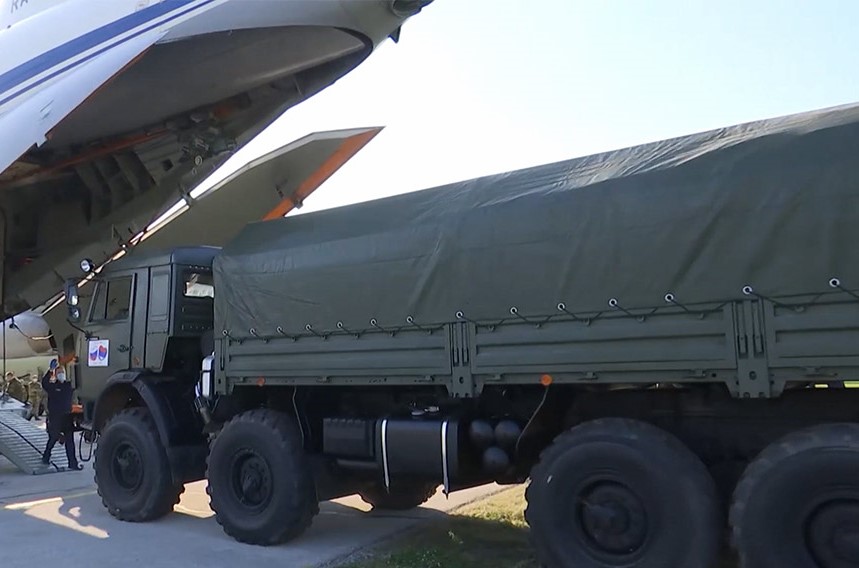 At the beginning of May 2020, the Russian Federation took the sixth position among the countries of the world in terms of the number of infected persons with COVID-19, there were 155 000. Every day the number of infected in Russia increases by 10 500 persons, but in this difficult period for the country instead of directing all resources to help its own citizens, the Russian authorities decided to take on the role of “savior of Europe”.

The Russian Federation organizes and conducts so-called “humanitarian operations” on the territory of European countries by forces and means of units of its armed forces, the aim of which is to fight against the coronavirus infection. The real purpose of such operations, however, is different.